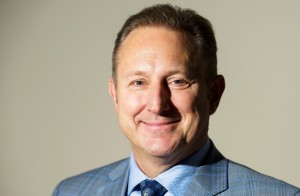 We’ve heard of players coaches. Nick Sakiewicz might be a players commissioner.

Sakiewicz became the man in charge of the National Lacrosse League in January and there’s already a good buzz around New Jersey native from the circuit’s rank and file. He’s sat down with players in various locations and has asked about what they want, about where they see the league going.

The players, by various accounts, appreciate his resumé, including the fact that he doesn’t come from a lacrosse background. He spent 21 seasons working in assorted capacities with MLS.

He was last chief executive officer and operating partner with the Philadelphia Union. They had a messy split in October 2015. Union chairman and majority owner Jay Sugarman told CSNPhilly.com at the time that Sakiewicz wasn’t fired but released from an “employment agreement.”

Sakiewicz was at the Vancouver Stealth’s 14-13 overtime win versus the Calgary Roughnecks on Saturday at the Langley Events Centre as part of his fact-finding tour around the league.

Here’s a little of what he said.

Sakiewicz on whether he’s worried about the longtime future of the Stealth, who are last in the nine-team league in attendance, drawing 3,974 to the 5,276-seat LEC to start their third season there: “It sure the heck isn’t the product. The product is outstanding. The players are doing their part. We have to make sure the business operations does their part in getting the world out.”

Reading between the lines: Nice work banging the player drum. And Vancouver could do some things to get more kids, especially, in the building. End of the day, this is a market that demands winners and Vancouver was 9-27 its first two years. They have improved their team this season. Their offence has started to come around. They appear to be trending the right way, although it’s at the expense of various draft picks over the next few seasons.

Sakiewicz on whether he’s thinking about expansion: “Every day. It’s a top priority. I’d like to get to16 as soon as we can. We have windows in 2018 and 2020 and I’d like to bring in one or two in each crunch and go from there.”

Reading between the lines: At the very least, it’s a good sales pitch. How good is our league? We want to expand. That’s a potent message. Anyone would get it. Whether there are enough players for more teams remains to be seen.

Sakiewicz on increasing the league’s TV presence: “A national TV deal is tough. It’s still tough for MLS. It took 20 years for them to get the fairly decent one they have now. I’d like to see team invest in their local markets and get local TV deals. Once we get to 20 teams in this league, we’re more interesting for a national broadcaster.”

Reading between the lines: Another interesting idea. It’s doubtful that too many teams have the cash to pull that off, but lacrosse’s biggest problem is a lack of exposure, and getting it on TV more regularly would aid in that. TSN is doing a handful of games this season.’